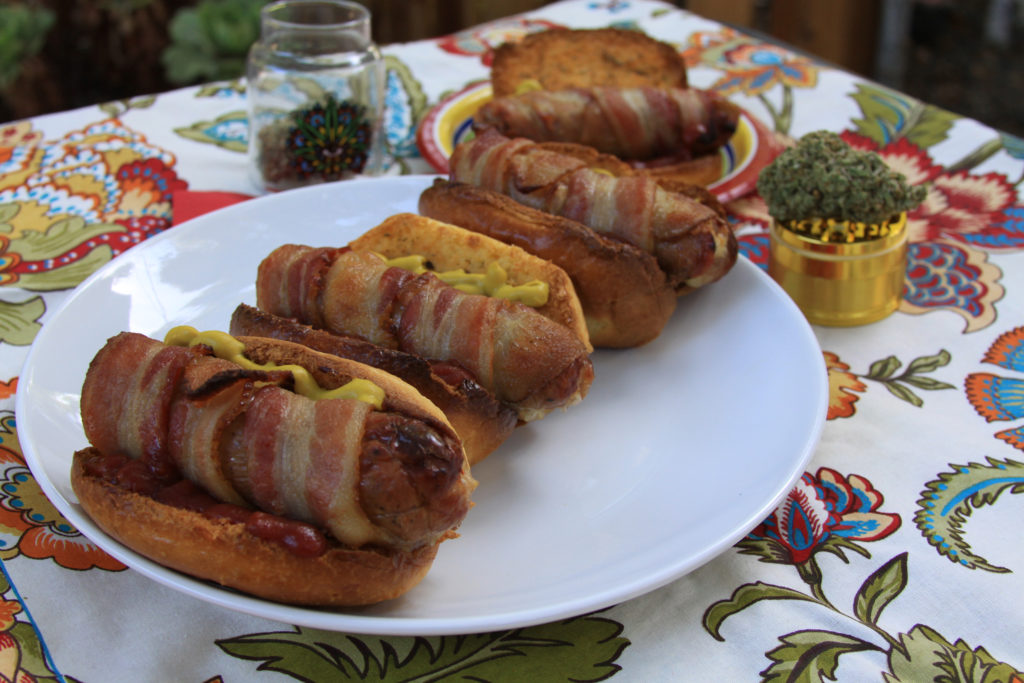 When Snoop Dogg and Martha got together in 2009 to make brownies, sparks flew! And apparently one of those metaphoric sparks must have landed on a pile of ganja in Snoop’s limo and smoldered away for years, until, stoked by the winds of legalization sweeping the country, it blazed up into a stony entertainment synergy inferno with the debut of Martha & Snoop’s Potluck Dinner Party on VH1!

A comedy of cannabis contrasts not seen since Harold and Kumar hit the silver screen, Martha & Snoop promises to be the new Odd Couple (with a twist) for the millennial generation, as the unlikely mash-up of a proper suburban tastemaker and a gin-and-juice lovin’ rapper equals non-stop opportunities for hilarity.

The premier episode starts with Snoop mixing up a “Laid Back” cocktail with Tanqueray 10, Apple Ciroc, pineapple juice and club soda before welcoming Seth Rogen and Wiz Khalifa to join Martha onstage for an epic fried chicken throw-down.

Seth exclaimed “this is the weirdest group of people I’ve been on stage with,” before the guests traded bling and drink from comically over-the-top jewel-encrusted chalices while making immature jokes about “sausage parties.” But pretty soon, Martha got down to business and taught the crew how to properly brine chicken in the fridge for a few days, before bathing it in a buttermilk mixture.

Martha went on to coat the chicken in a mixture of flour and spices as the group discussed the proper way to slaughter fresh poultry.

“I fed it some vodka, then I cut off its head,” Stewart blithely remarked, adding that she gets her chickens from a farm down the road from her house.

Snoop’s version of fried chicken “from the hood” involved adding crushed potato chips and eggs to coat his chicken wings, before Team Snoop & Rogen donned bedazzled googles to protect their eyes from potential grease spatters as they fried it up.

As the two teams got into their cook-off, Ice Cube dropped in to join them for supper, and Snoop blessed the meal with a rhyme, “Oh Lord, we thank the most high, please do listen, because we about to eat some fried chicken that make your fingers glisten, but watch out for Martha, because she about to lose, because Snoop’s chicken is soaked in chronic and booze.”

Snoop appreciated how Martha’s chicken was juicy from the brining process, while everyone loved the fresh flavors that the D.O.G.G. added to his wings.

During a dinner game of “Two Thighs (Lies) and a Truth,” Martha shared that she’s been struck by lighting three times, adding that “going to jail doesn’t make you stronger, only lightning makes you stronger,” which is a completely cray-cray thing to say. Those lightning strikes, must have bestowed Martha with domestic goddess superpowers, explaining how she can make everything so damn perfect, including her juicy, crunchy fried chicken, which Wiz praised as “seasoned so correctly.”

The esteemed judges declared the fried chicken battle a tie, with both versions of this traditional favorite being enjoyed equally.

A bizarre pop culture mutation that somehow works brilliantly, the existence of Martha & Snoop is a sign of how weed culture now reaches so deeply into every facet of American life, influencing even a prim paragon of square virtue like Martha Stewart. Proving that everything is better when you’re a little high, the show demonstrates how the sacred herb brings diverse people together across cultural and political spectrums.

Celebrate this beautiful synergy with a Snoop Dogg-inspired recipe that was featured in The Official High Times Cannabis Cookbook! These scrumptious bites arrive on brioche buns brushed with cannabis butter, toasted, stuffed with cheese and wrapped in bacon, satisfying the cravings of the hangriest homies. This recipe is stoner-simple, and you can also use soy-based veggie substitutes for a Veggie Doggy Dogg with Fakin’ Bacon.

Crunchy, savory and cheesy, these bacon-wrapped doggie dogs are sure to please! 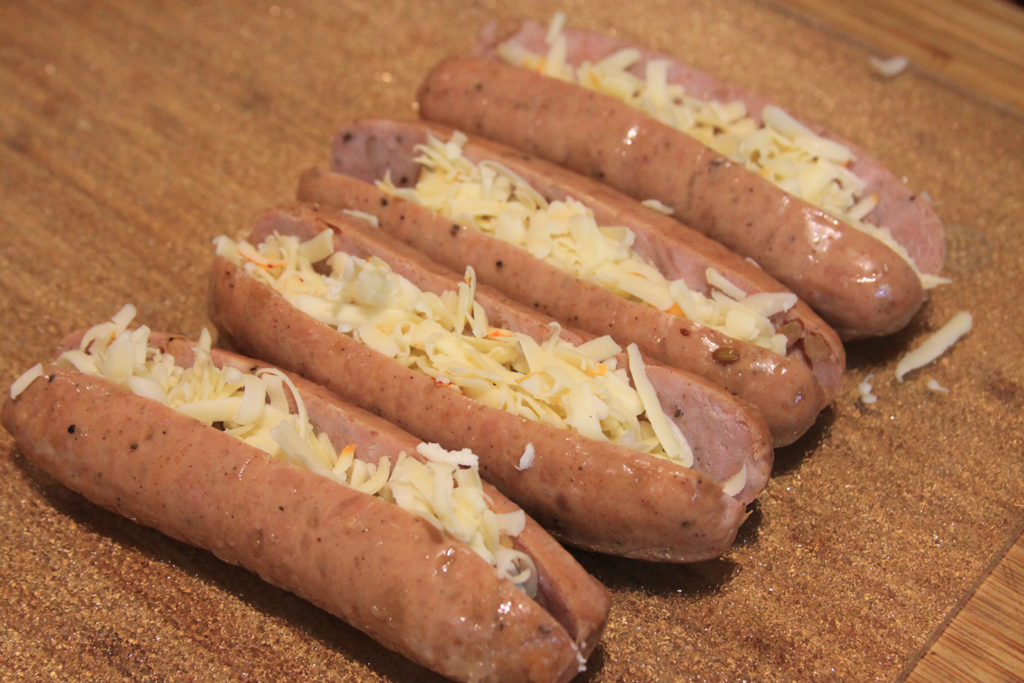 Stuff the sausages with shredded cheese.

Meanwhile, cut the hot dogs lengthwise into thirds. Stuff some of the grated cheese inside each hot dog, then wrap each segment with two strips of bacon, securing the ends with a toothpick. 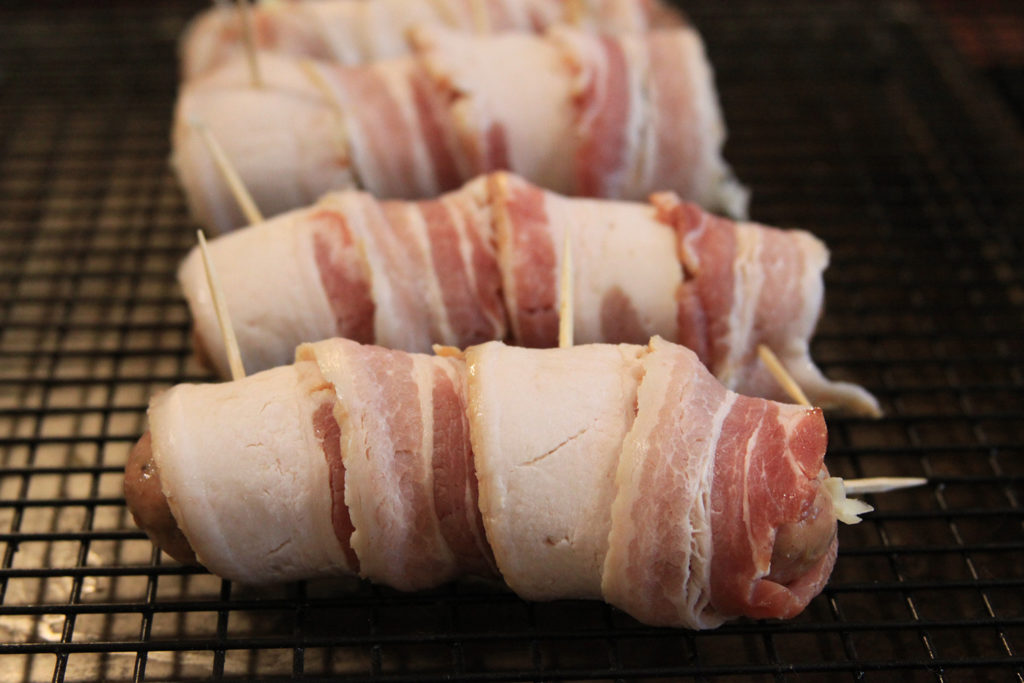 Wrap the cheese-stuffed sausages with bacon.

Place the bacon-wrapped doggy doggs on a wire rack over a rimmed baking sheet. Bake in the oven for 35 – 40 minutes, until bacon is crispy. 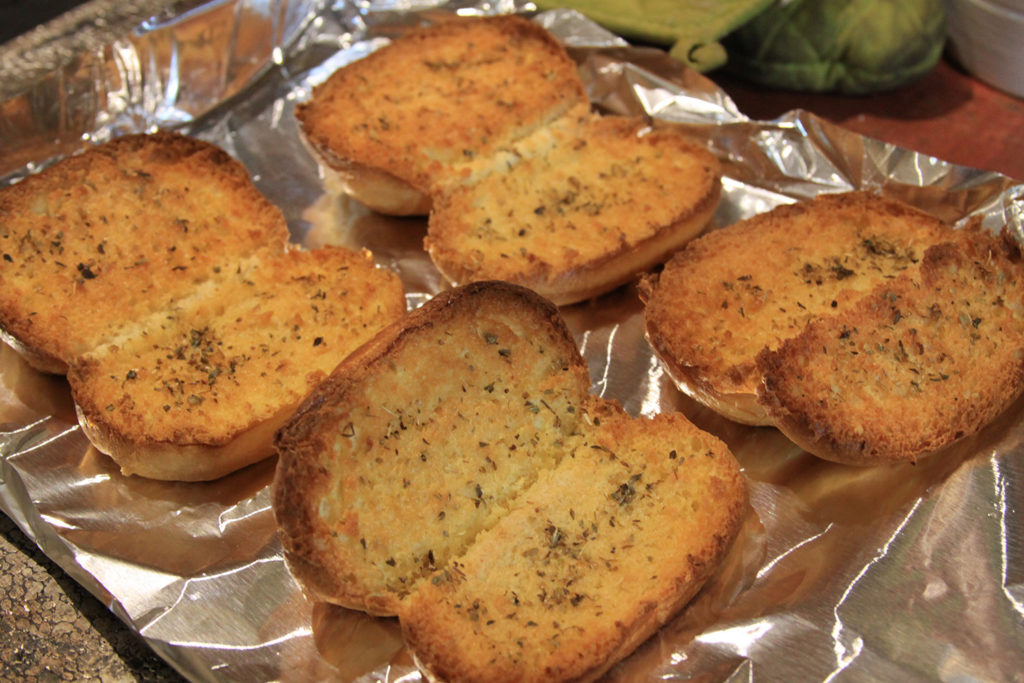 Cut the hot dog buns lengthwise. Arrange the open buns on a baking sheet. Brush the inside of the buns with the melted cannabutter, and sprinkle with oregano (or bit of ground ganja!). Toast them in the oven for 5 to 8 minutes, until golden brown.

Remove the hot dogs from the oven and allow to cool a little. Take the toothpicks out, and place each hot dog piece on a freshly toasted bun. Top each hot dog with a spoonful of relish, more grated cheese (if desired) and a squirt of ketchup and mustard.