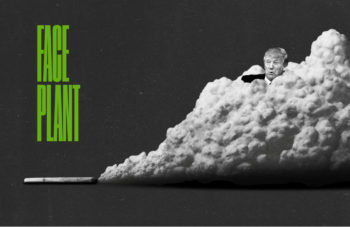 It would be the health care disaster and travel ban debacle combined — and Trump could never truly win. Donald Trump said three times while campaigning that pot legalization should be left “up to the states.” But after five weeks in the White House, his former press secretary, Sean Spicer, announced that recreational marijuana — which was legalized by eight states without resulting in a crackdown by the Obama administration — has zero leeway under…